Today, September 2nd, 2014, is the third anniversary of my initial collapse in Bozeman, Montana.  I walked into the hospital that Friday morning unprepared for what would happen next: who would have guessed that I'd fall into the clutches of a group of horrible sadists?  They drugged me into unconsciousness, and pumped me so full of fluids I nearly drowned from the inside.  At night, they transported me across state lines -- I didn't know, they kept me so drugged.  They put me in a room that they wouldn't let me leave for five months, and cut off my hands and feet: I really couldn't get out of there, then.  At least twice a day, they'd come to my room, give me more drugs, some of which made me hallucinate, and they'd redo my bandages, ripping open all my wounds in the process.  And I was covered in wounds: on my arms, legs, back, stomach, flanks....  Sometimes I couldn't stop myself from screaming.  For a while, I was only allowed to eat through a tube in my nose.  They put a catheter into my bladder and another in my anus.  After some weeks, they allowed me to use a urinal and a bed pan.  For a month or two, they pumped my blood through a machine and back into me, colder than before.  Eventually, they opened one knee up and took out my patella, hobbling me further; and then, a month later, they did the same thing to the other.  Then they cut off my left knee anyway.  That's the kind of people I was with.

I think of these people all the time, especially around this time of year.  They fought so hard and with such strength to keep me alive as my body crashed, over and over.  They sustained me through all of the horrors.  The love I feel for them helps keep me going.

One really surprising development is that, since getting out of rehab in 2012, I've become a comedian.  I'd call it "stand up," but it's really "sit down," and, besides, I'm usually doing sketch comedy anyway: that way, I can only tell so many "man with no arms and legs" jokes.  Onstage, I've lost at a pie eating contest because I couldn't keep my hands behind my back; I've been unable to attend my own protest against World Sauntering Day, since the stage was inaccessible; and I've crawled across the floor on prostheses, since walking wasn't hard enough.  In conceiving these sketches and others, I've laughed hugely imagining how far we could push into inappropriateness, not to make me merely the butt of a cruel joke but also to jostle audiences into seeing more than my losses, to realize that we're all in this together.  It's been great fun so far.

A second surprising development is that I got connected to a team of surgeons at Brigham and Women's Hospital who, after more than a year of testing me, have added me to a donor-recipient list for arm transplants.  I've been on the list since mid-May, and the waiting process, as the facial transplant team lead Dr. Bodhan Pomahac says, is "uneasy."  The main hand-transplant surgeon, Dr. Simon Talbot, and Dr. Pomahac told me that waiting times for such transplants have been long lately. All I can do is wait, and try to live as normal a life as I can... but every phone call raises my pulse for a few moments, these days.  (Everyone who reads this: consider becoming an organ donor!  I want your arms... which are technically considered VCAs, vascularized component allografts... so: I want your VCAs!  No, I'm kidding: you should be an organ donor because, well, someone may as well get some use out of something that you don't need anymore.  I'm an organ donor myself: my hands are gone, but I still have a kidney, etc.)

The third ongoing development is working with my friend Robin Berghaus to document my recent experiences on camera.  Robin made a short film, "Stumped," which has been playing at festivals around the country.  I'm lucky to have been able to attend screenings at IFFBoston and by Skype at Mountainfilm in Aspen, and I hope to attend the Newburyport Documentary Festival screening in a couple of weeks.  Robin has continued to record footage for a feature-length movie that will include the transplants... so this is a long-term project.

After the transplants, I hope to be able to take a cross-country trip such as I've never done: heading west from Boston on I-90, to Chicago, to Madison, to Billings and Bozemen, out to the west coast, down the Pacific Coast Highway to Los Angeles, then back east to Salt Lake City.  I have a lot of people I want to see and to thank personally.
Posted by Will L. at 2:18 PM No comments: 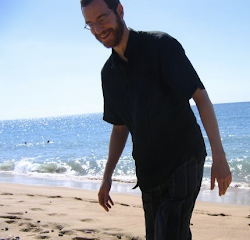